Brittle bone disease or osteogenesis imperfecta (OI) is a rare heritable condition of connective tissue. It is characterized by brittle bones, fractures and extraskeletal manifestations. Both dominant and recessive patterns of inheritance are seen. The most common mutations affect the quantity and/or quality of type 1 collagen. The number of symptoms and the severity of symptoms of OI vary greatly among patients and range from mild forms with few exterior signs to very severe cases where life expectancy is decreased. Variable features of OI include short stature, hearing loss, scoliosis, dentinogenesis imperfecta, and cardiopulmonary issues. In addition, skin, blood vessels and internal organs may be fragile.

It is estimated that 6-7 per 100,000 people worldwide are affected. This translates to approximately 50,000 people in the United States. OI occurs equally in both males and females and in all races and ethnic groups. Treatment is directed at addressing clinical features and improving function. OI is a lifelong condition. Respiratory failure is the most frequent cause of death for people with OI, followed by accidental trauma. The most severe forms may cause death in infancy. With good medical management and supportive care, the majority of people who have OI will lead healthy, productive lives and can expect an average life span.

The majority of cases of OI (approximately 90%) are caused by dominant mutations in genes that encode for type 1 collagen. Other, mostly recessive, forms are caused by mutations that affect the collagen pathway. A few additional forms have been identified that do not have mutations related to type 1 collagen. Since the 1970s a list of numbered types has been used to describe the different forms of OI. A Type Chart and a description of Clinical Features by Type are included for your reference. OI can be inherited directly from an affected parent, or less commonly recessively from both parents.  In some cases, parental mosaicism has been identified as an additional mechanism. Spontaneous dominant mutations may be responsible for 20-30% of new diagnoses. These new mutations do not appear to be caused by poor nutrition, drinking alcohol during pregnancy, exposure to toxins in the environment, nor are they caused by an action a parent should have taken.  Mutations occur randomly in everyone.

OI exhibits wide variation in appearance and severity. Severity is described as mild, moderate, severe or lethal (causing early death). Clinical features vary not only between types but within types and even within families. At times, the distinction between types may not be clear. Children with milder OI may have few obvious clinical features. It is also important to recognize that some of the listed features are age dependent. Besides fractures, clinical features include:

OI is a lifetime disorder and the general health care needs of children and adults who have OI are similar to those of people the same age in the general population. 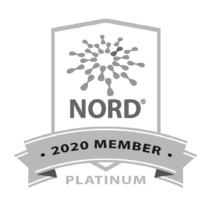